This will help structure the foundation of Active Philosophy, taken from Kant’s Critique of Pure Reason:

“Accordingly the Transcendental Analytic leads to this important conclusion, that the most of the understanding can achieve a priori is to anticipate the form of a possible experience in general.  And since that which is not appearance cannot be an object of experience, the understanding can never transcend those limits of sensibility within which alone objects can be given to us.  Its principles are merely rules for the exposition of appearances; and the proud name of an Ontology that presumptuously claims to supply, in systematic doctrinal form, synthetic a priori knowledge of things in general (for instance, the principle of causality) must, therefore, give place to the modest title of a mere Analytic of pure understanding…”

So what are the consequence of Kant’s ideas?

At the time, his words were significant in dismissing intractible religious postulates – the immortal soul, God, final causes – as being indemonstrable a posteriori. They are equally possible as impossible, but not metaphysically knowable.  Not in the sense that space and time are discernible a priori, furnishing the necessary environment for experience to even take place.

“At the same time, if we entitle certain objects, as appearances, sensible entities (phenomena), then since we thus distinguish the mode in which we intuit them from the nature that belongs to them in themselves, it is implied in this distinction that we place the latter, considered in their own nature, although we do not so intuit them, or that we place other possible things, which are not objects of our senses but are thought as objects merely through the understanding, in opposition to the former, and that in so doing we entitle them intelligible entities (noumena).  The question then arises, whether our pure concepts of understanding have meaning in respect of these latter, and so can be a way of knowing them.”

This method lends itself to scientific reasoning, which as my co-blogger has illustrated is not based in any certainty, instead it finds justification and success through diligent and honest evaluation of situation.  It also is damning towards any religion that does not embrace doubt/uncertainty, which attempts to prove the existence of a necessary creator through analysis.

“At the very outset, however, we come upon an ambiguity which may occasion serious misapprehension.  The understanding, when it entitles an object in a [certain] relation mere phenomenon, at the same time forms, apart from that relation, a representation of an object in itself, and so comes to represent itself as also being able to form concepts of such objects.  And since the understanding yields no concepts additional to the categories, it also supposes that the object in itself must at least be thought through these pure concepts, and so is misled into treating the entirely indeterminate concept of an intelligible entity, namely, of a something in general outside our sensibility, as being a determinate concept of an entity that allows of being known in a certain [purely intelligible] manner by means of the understanding.”

Ratiocination is a critical evolved tool.

But just as the bee’s strength in flight tricks it into drowning in a clear pool, the human intellect endangers and limits itself through hubris.  This faith in the accuracy of thought without meticulous care leads to war and deprivation – events nobody “wants.”

All ascertainable knowledge, or reason in Kant’s words, derives from the conscious synthesis of sensible phenomenon.

The further our thoughts travel from this initial tactile intuition, the greater empirical regress.  The more removed from the reality of experience our ideas stray, the more murky our understanding becomes.

I am not suggesting that these categories imply certainty, but merely proposing the estimation or priority we ought to grant to different manner of understanding when constructing a sensible system:

Sensible phenomenon is the purest form of comprehension.  These are more or less the six Ṣaḍāyatanas.

Carrying the empirical regress to the next logical perceptive development, are subjects that exist in nature that we have provided with tentative predicates and names.  These obviously are understood to various degrees, all validated partially by empirical skepticism. 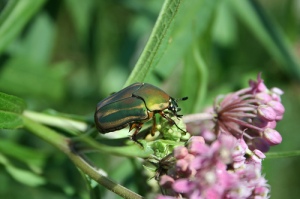 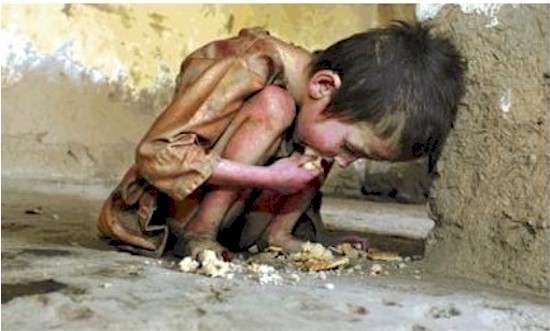 Cognition and communication insofar as they are actions are also included.

And here discernible existence (phenomena) ends.  This alone is a doozy, as the worrying and almost untenable action of positing subjects/predicates and labeling/dividing is itself imperfect and controversial.

Setting all phenomena aside, we are left to sift through noumena -notions conceived purely in the understanding.

These cannot be said to exist with any credible scientific evidence, beyond the concept itself.  But a thought is not reality in the waking-life tradition, unless you like Fichte believe the whole world to be a priori and utterly generated within the consciousness.

So what are some of these representations posing as objects in themselves?  Before proceeding it is good to define varieties of noumena – the verifiable possible and the verifiable impossible and unverifiable variants of each, which we find to be identical.

The verifiably possible are possible phenomena that honest inquiry on the part of most can only label noumena; these are more or less useful:

Race is most likely going to be disavowed, and in a sense gender is close behind.

The unverifiably impossible is necessarily the same:

These are related to a higher understanding – enlightenment – that comes about from a deeper understanding of the limitations/implications of experience and appearances, ontologists have argued about the ramifications of these since our earliest days.

Lastly we come to the verifiably impossible – what Malatesta called the “metaphysical tendency.”

It must be noted that consensus and groupthink do not constitute reality.  Just because the majority considers the world to be flat does not make it any more true or valid.

The “tendency” is consequently even more deplorable given the considerable scientific and philosophical advances based on empiricism.

This final category, most interestingly, contains the types of thoughts we tend to prioritize all others.  These include all conceptual noumena that never pretended to contain one speck of reality, not one corporeal particle, force, or necessity:

Other Sects/Divisions/Institutions.  Any division within humanity, which is a valid subject, that we see as logical is likely flawed.

For example, McDonalds does not exist in reality, it merely is a concept masked as an object that guides our actions and punctilio within designated spacial and temporal settings.

A better example is capital.  In Das Capital Marx defines capital as representative of real labor, subjugated to the conceptual/symbolic.

These notions, like the state, exist only because of passive consensus and the power with which we endow them.  Therefore only active philosophy can overcome our logical deception, which is rightly rooted in scientific empiricism.

The action of labor is real, but the notion of wealth contains no tangible objective reality.  It is merely an endowed, preconceived notion.

Based on these categories we find that feelings, Bigfoot, God, and spontaneous creation have more credibility than America, or China.  Yet we apply certain terms “Greek” or “Lebanese” in the same manner that we say “tall” or “short.”

Good and evil, status, morality, laws, all these things must be recognized not as sensible phenomena in themselves but merely highly regarded notions that we delegate the task of regulating our lives and society, instead of more immediate and therefore trustworthy perceptions such as intuition and empathy.

Despite grasping the limitations of these words on several levels, we have hitherto been unable to detach ourselves from conceiving of representations as things-in-themselves.  In lieu of qualifiable success, we prefer to instead insist that it is inevitable for humans to attach themselves to myths and fallacies – “that’s the way it is.”

But the world is always changing, history mimics nature in its quest for balance and the fluid dreamwave sends ripples through our callous naturalized obstinance.

8 Responses to An Important Distinction